The Investor Pulse survey, the first for 2011, reveals that 43 per cent of respondents expect property prices to increase by as much as 5 per cent in the year ahead, while 30 per cent expect prices to remain flat for the period.

This result is in sharp contrast to a year ago when a similar survey was conducted in 2010. Back then 83 per cent of investors said housing prices would continue to rise, with 44 per cent expecting them to rise 10 per cent in 2010. 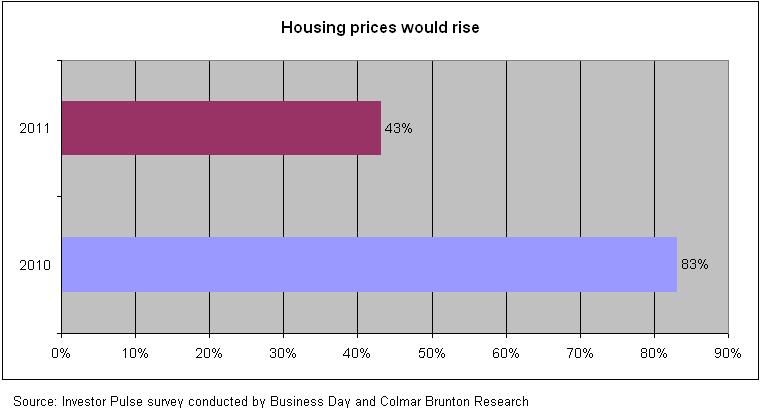